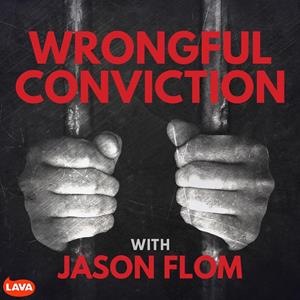 Now Free, and an Attorney, Marty Tankleff Sits Down With Jason Flom to Discuss His 19-Year Wrongful Conviction Nightmare

NEW YORK, Jan. 13, 2021 (GLOBE NEWSWIRE) — In March 2007, Marty Tankleff was released from a 19-year prison nightmare after being wrongfully convicted of murdering his parents. In 2018, he was awarded an $18 million settlement from Suffolk County (in addition to a $3.375 million settlement from New York State). Last year, he was admitted to the New York State bar to work as a lawyer. And this week, he’s revisiting his story on the hit podcast, Wrongful Conviction with Jason Flom.

Marty was just 17 years old when his parents, Arlene and Seymour Tankleff, were bludgeoned to death in their Long Island home in late 1988. In June 1990, Marty was convicted and sentenced to 50 years to life in prison. His conviction was based largely on a confession that Marty gave after many long hours of interrogation by Suffolk County detective K. James McCready — a confession that the teen recanted almost immediately and refused to sign.

Maintaining his innocence, Marty obtained pro bono legal assistance and persevered through multiple appeals filed in state and federal courts. New evidence emerged that pointed to Jerry Steuerman as the orchestrator of the murders. Steuerman, who had been partners with Marty’s father in a bagel store, was owed $500,000 by the elder Tankleff and had, according to Marty, threatened his parents with violence before leaving their home the night they were murdered.

A man named Glen Harris offered a sworn statement that on Steuerman’s orders, he had driven two hit men, Joe Creedon and Peter Kent, to the Tankleff home on the night of the murders. When Harris was denied immunity by Judge Stephen Braslow in a July 2004 hearing, Harris invoked his Fifth Amendment right and his testimony went unheard.

Evidence of Marty’s innocence continued to pile up, however. Another witness came forward to say that Creedon had told her of his involvement in the murder, describing how he and another man initially hid in the bushes outside the Tankleff home before running to avoid capture and disposing of their bloody clothing. In addition, evidence surfaced that the detective who had obtained the false confession from Marty had come under investigation for perjury.

Wrongful Conviction with Jason Flom has highlighted the stories of hundreds of wrongfully convicted men and women, from The Central Park Five and Brendan Dassey to Rodney Reed, Amanda Knox, and more. The series is a valuable resource for lawyers, criminal justice advocates, all citizens who are potential jurors, as well as the wrongfully convicted themselves.

Flom, the founder and CEO of Lava Records and a longtime criminal justice advocate, has been personally involved in the cases of hundreds of wrongfully convicted people. Wrongful Conviction with Jason Flom is produced by Lava For Good Podcasts in association with Signal Co. No1.

Hear Marty’s mind-blowing story on www.wrongfulconvictionpodcast.com or on all popular podcast streaming platforms.

About Lava for Good Podcasts:

Beyond the success and impact of the podcast series, Wrongful Conviction is now a multi-channel platform with podcasts, video content (through third-party partnerships with NowThis and Facebook) and livestream panel discussions hosted by Wrongful Conviction (such as the Power to the People civil rights panel) or created via a partnership media organizations such as Billboard and Vibe.

As the founder of Lava Media (which includes Lava Music as well as Lava for Good Podcasts), Flom is one of the most successful music executives in history, having backed and discovered superstar artists from Twisted Sister and Skid Row to Matchbox 20, Paramour, Kid Rock, 30 Seconds to Mars, Katy Perry, Lorde and Greta Van Fleet. He has also served as the chairman of Atlantic Records, as well as Virgin Records/Capitol Music Group. With his daughter Allison Flom, he is the co-author of the children’s book Lulu is a Rhinoceros — soon to be a major children’s TV show.

A photo accompanying this announcement is available at https://www.globenewswire.com/NewsRoom/AttachmentNg/6fb05459-b6eb-4f8d-8322-50038c71bb03