TORONTO, ON / ACCESSWIRE / June 3, 2021 / Murchison Minerals Ltd. (“Murchison” or the “Company”) (TSXV:MUR) is pleased to announce that a preliminary review of the recently completed VTEM-Plus helicopter electromagnetic (EM) survey data has identified many new highly-prospective geophysical anomalies at its Haut Plateau de la Manicouagan (“HPM”) project in northern Quebec. The analysis was completed by Condor Consulting, Inc. on the 655 line-kilometre airborne survey that was carried out in April of 2021. Condor Consulting has thus far defined 55 discrete conductive trends totalling 42 km in cumulative length, varying in strike extent from 290 m to 2.3 km.

To date, only a small portion of the HPM property has been evaluated. Previous exploration has been primarily focussed on two areas of nickel, copper and cobalt mineralization (PYC & Barre de Fer) that were originally discovered by Falconbridge Nickel in 1999. Past diamond drilling at PYC (single hole drilled in 2001) and Barre de Fer (25 holes drilled in 2001 and 2008) has confirmed the nickel, copper and cobalt mineralization continues at depth. Generally, mineralization occurs as massive sulfide breccia and as disseminated (5-15% sulfides) to net-textured sulfide within norite (Barre de Fer area) or in gabbro (PYC area).

The nickel, copper and cobalt mineralization at Barre de Fer has been traced by diamond drilling for approximately 300 metres along strike and to a depth of about 280 metres. The mineralization remains open at depth and along strike. The wide interval of disseminated sulfide may have substantial tonnage potential and warrant assessment for high-volume, low-cost open-pit mining potential.

Past prospecting on the PYC conductor identified a mineralized zone over a strike length of 1,200 metres that returned grab samples containing up to 0.76% Ni, 0.93% Cu and 1,415 ppm Co. Notably, only one drill hole, #151-03 was ever completed on the PYC conductor and intersected 15.3 metres of 0.28% Ni, 0.14% Cu and 0.06% Co (0.89% Cu Eq. using current metal prices) within a broad interval of disseminated nickel, copper and cobalt mineralization hosted by granulitic gabbro. The single diamond drill hole has not adequately tested the zone’s potential to host massive nickel-copper deposits. Additional drilling is warranted.

Ground prospecting undertaken in 2009 in the vicinity of the Barre de Fer prospect led to the discovery of several new nickel, copper and cobalt showings (including the Syrah, Muscat and Pinot). At the Syrah showing, breccia-vein style, semi-massive to massive sulphide (pyrrhotite +/- chalcopyrite) mineralization has been observed over a 65 metre by 15 metre area within the Gabbro Est Intrusive. Grab samples have returned values up to 0.50% Ni, 0.43% Cu and 1,137 ppm Co. 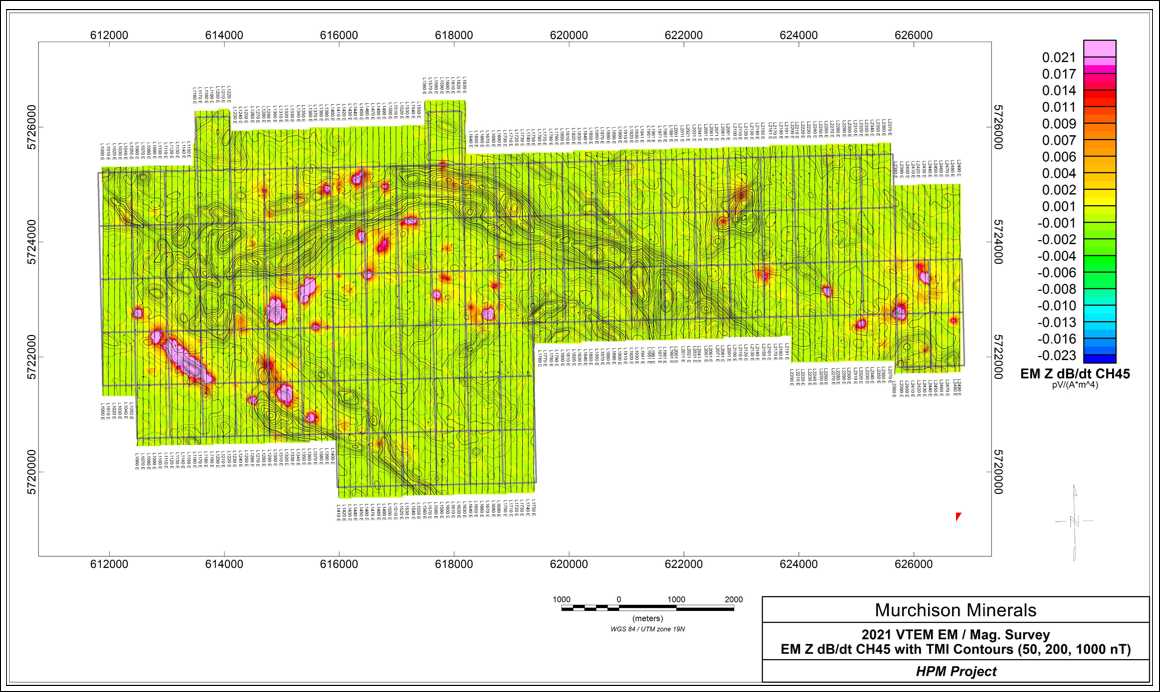 Magmatic nickel, copper and cobalt mineralization is the principal exploration target at the HPM project. Worldwide, the most important magmatic deposits occur almost exclusively at the base of their associated mafic and ultramafic igneous bodies which implies that the magmas involved were saturated in sulphide and carrying excess sulphide at the time of their emplacement. Magmatic deposits are the dominant source of nickel and are variably important by-product sources of copper and cobalt.

The Manicouagan Intrusive Complex is comprised of extensive areas of mafic and ultramafic rock displaying repeated pulses of mafic magma that have intruded sulphide-bearing metasedimentary rocks. The massive sulphide breccia veins at HPM are similar in character to the vein-type footwall deposits found at Sudbury and at Voisey’s Bay. At Sudbury, these veins are hosted by footwall breccias or enclosing gneisses up to 2 km from the contact and may be connected to massive ore bodies at the base of the Sudbury Igneous Complex. The sulphides have intruded along incompetencies produced by the brittle fractures in the wallrock of the intrusive complex.

A 655 line-kilometre VTEM & MAG survey flown in April 2021 covers the claim package. As a result of the preliminary interpretation of the airborne survey, Murchison expanded its HPM land holdings by adding 46 km2 of new claim coverage. Limited prospecting and sampling completed last September and historically, successfully identified a number of mineralized surface showings coincident with airborne anomalies. High potential for new discoveries exists given the numerous priority airborne EM targets identified in an area that has remained largely unexplored since 2009. 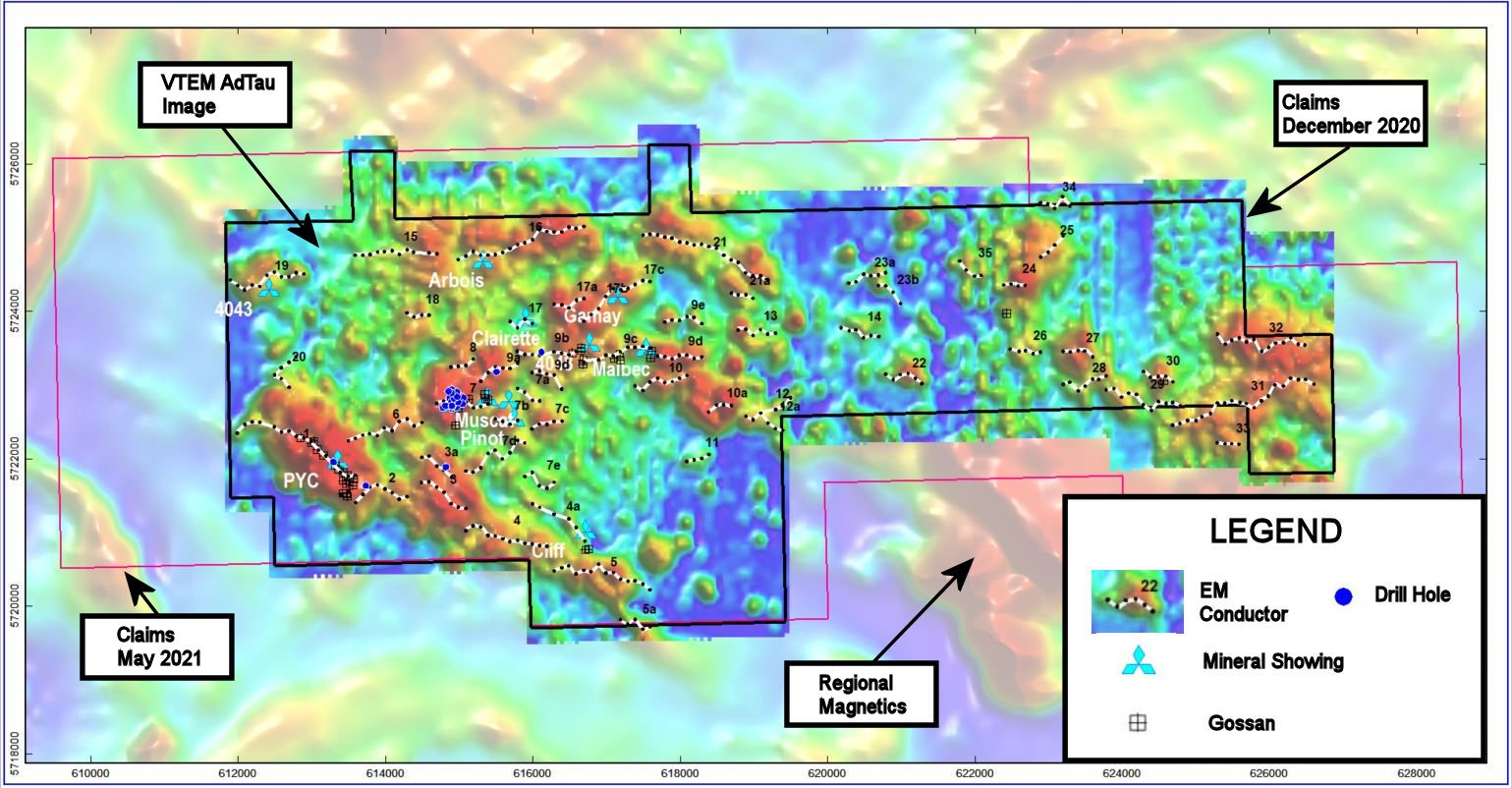 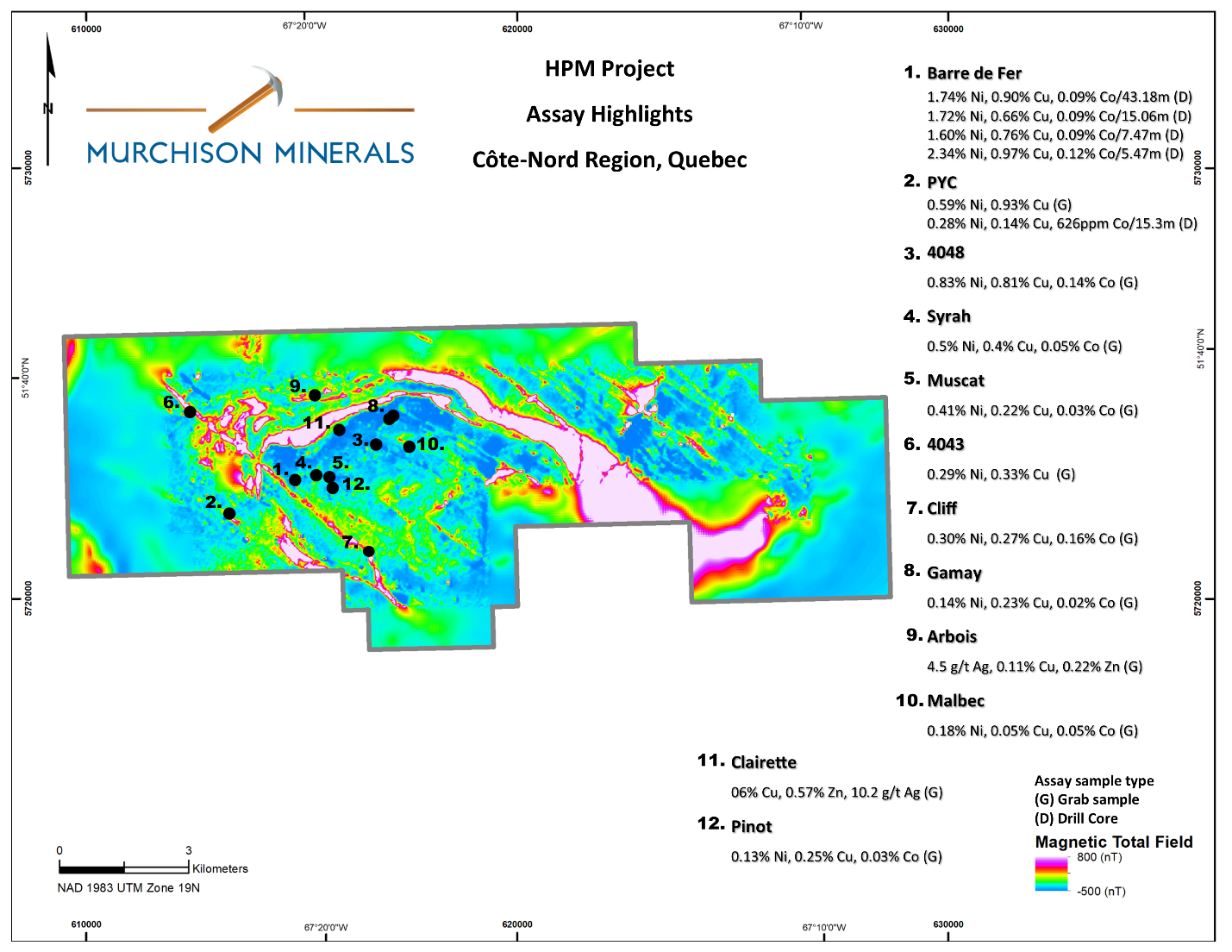 The foregoing scientific and technical disclosures on the HPM project have been reviewed by John Shmyr, P.Geo., VP Exploration. Mr. Shmyr is a Qualified Person as defined by National Instrument 43-101.

Murchison is a Canadian‐based exploration company focused on the exploration and development of the 100% owned Brabant Lake zinc‐copper‐silver project in north‐central Saskatchewan. The Company also own 100% of the HPM nickel‐copper‐cobalt project in Quebec and holds an option to earn 100% interest in the Barraute VMS exploration project also located in Quebec, north of Val d’Or. Murchison currently has 108.9 million shares issued and outstanding.

Additional information about Murchison and its exploration projects can be found on the Company’s website at www.murchisonminerals.com. For further information, please contact:

Agreement Concluded for Mitsubishi Power to be Integrated into MHI

Agreement Concluded for Mitsubishi Power to be Integrated into MHI